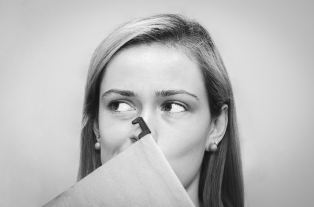 A good reason not to be upset if students don’t look directly at you during a lesson or conversation.

If you need to have an important conversation with someone like a friend or co-worker, your discussion could be deeper if you go for a walk together rather than sit face to face.  And the reason for this isn’t connected to physical exercise.  It’s about eye-contact and thinking.

If someone doesn’t look at us during a conversation, we may think that they are not interested in what we are saying, or that they are feeling embarrassed, or they are hiding something or lying.  If students are not looking directly at a teacher, the teacher might think that they are not paying attention.  Actually, there could be a completely different reason why someone is not making eye-contact.

Our earliest ancestors thousands of years ago relied on their ability to understand how to “read” other people’s faces in order to survive.  For example, they could tell if there was suddenly something dangerous near them by the look of shock on their friend’s face.  Also, by focusing their attention on someone’s eyes, they could sense if someone was friendly or angry.  This skill has been passed on to us from generation to generation through our genes.

Although this ability is important, researchers have found that faces can be distracting.  If we are looking at someone while they are talking to us, our brains are using energy trying to read their faces and, at the same time, concentrate on what they are saying.  Trying hard to maintain eye-contact can reduce our mental bandwidth.  As a result, people will occasionally look away in order to save mental energy.

Researchers recently discovered that when school children look away from their teacher, they are much more likely to think of the correct answer to a question that the teacher has asked.

In her article, “Looking Away Helps Concentration” in Live Science, Jeanne Bryner wrote that “Scientists have found that adults tend to turn their gaze away from a questioner’s face when they were asked a thought-provoking question. While adults practice this look-away about 85 percent of the time, children five years old and younger do it just 40 percent of the time.”

Psychologists in Scotland wanted to find out how much “gaze aversion” (ending eye-contact) affected children’s concentration.  For their study, they used 20 five-year-old children from a primary school.  They trained 10 of these students to look away while they were trying to think of an answer to a question.  Instead of looking at the eyes of the questioner, they looked at a blank piece of paper on the floor.  The other 10 students received no eye-contact training.  Then, the researchers asked each student a series of math and verbal questions.  The questions had a range from easy to more difficult.

They found that the students who had been trained to look away from the questioner’s face answered 72% of the questions correctly, but the untrained group were right only 55% of the time.

Also, for the difficult questions, there was an even bigger difference.  The students who looked away when trying to think of the answer got 61% correct while the students who kept eye-contact got only 37% right.

Don’t take it personal if your students aren’t looking at you.

The researchers suggest that teachers should not quickly scold students if they stop looking at a teacher when asked a question.  Their averted eye-gaze could be a sign that they are thinking and need some time.

Not only children but also adults tend to be able to concentrate better when they avert their gaze.  Researchers Shogo Kajimura and Michio Naumra from the University of Kyoto conducted a study with 26 people. Their study involved a word-matching game in which the participants hear a noun and then they had to say a verb that could be logically used with the noun.  For example, if they heard the noun milk, they might respond with the word drink.  They also made the task more challenging by using nouns that could correspond to several verbs.  For example, the noun “soup” could go with eat, drink or cook.  And to make it even more challenging, they used nouns like sky.

During the experiment, participants were told to look at a screen that showed a person’s face.  They were instructed to stare at the eyes of the person on the screen.  At times, the person’s eyes looked directly at the participant, and sometimes they eyes looked to the side.

Not surprisingly, when it was easy to think of a verb for the noun (for example, drink for milk), the participants could answer more quickly than when the verb-noun connection was more challenging (for example, soup or sky).  Interestingly though, when the participant had direct eye contact with the person on the screen, it had no effect on how fast they could answer the easy ones.   However, they were much slower in their response to the more difficult ones when they kept direct eye contact.

According to the researches of that study, eye contact made participants brains work harder during the complex tasks.  They needed mental energy to think of an answer, but they also needed to use some in order to maintain eye contact.

There are studies that focused on the norms for eye contact in different cultures.   However, little is known about the effects of eye contact on thinking.  Perhaps in cultures in which people make less eye contact while talking to others, they are able to think more deeply during the conversation.  On the other hand, in those cultures in which there is more eye contact, maybe the conversational partners are able to give each other more non-verbal signals through their eyes about their reactions to what the other is saying.  In sum, we don’t know if in our everyday lives if we are able to talk more deeply about complicated subjects without eye contact, or if we lose something that could help us understand better.