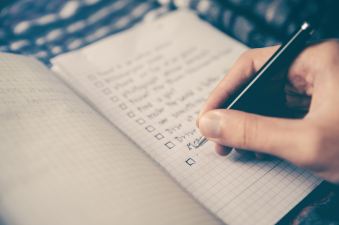 After your students do this exercise, reading their essays will be much more stimulating for you.

I felt a bit deflated while reading an essay by Jojo, one of my higher-level students. His title was “It’s Best to Marry Someone from a Foreign Country.” From reading his previous essays, I knew he had the potential to be a very good writer with interesting ideas, but on that essay, he just supported his opinion with content that I would expect from students at lower levels.  For example, here is his list of simple support for marrying someone from a foreign country:

Although I don’t believe that we, as ESL instructors, should expect our students to keep us stimulated with deep ideas,  (see my posting “Wow” is not Necessarily the Goal in Students’ Essays) we should encourage those students who have the potential to push themselves to write beyond the mundane. This is especially true for our students who are planning to take English Comp and other academic classes with native speakers.

I couldn’t understand why Jojo had written so simply.  Was he lazy? Tired from playing video games all night? Too much other homework?  Or was this actually the best he could do?  So I asked him.

He was actually surprised to hear that his ideas were low level.  He said that he just wrote down the first thoughts that came to his head.  He wasn’t being lazy; he just thought his ideas were acceptable.

Jojo’s case is not unusual.  Students like him seem to be unaware of how unremarkable their ideas were or what instructors expect or how they could improve them.

So I developed the following exercise to help advanced students become more analytical about the level of their ideas.  I also challenged them by describing stimulating ideas as…

After doing the exercise, Jojo decided to re-write his essay.  Thinking outside the box, he came up with some very clever ideas for why it’s best to marry someone from a foreign country:

Other students have used their imaginations in similar ways. Throughout the time I am marking their essays, I am constantly smiling and often laughing out loud at their cleverness.

Here is the link to the exercise Argumentation Ex HO for encouraging advanced topics  and a PowerPoint that I have used to introduce the exercise Powerpoint Advanced vs common list of ideas.

In a previous posting,   Playing Computer Games until 2 a.m. or Lack of Awareness (Subordination Part 2), I shared a similar awareness exercise that challenged students to write more advance sentence styles.