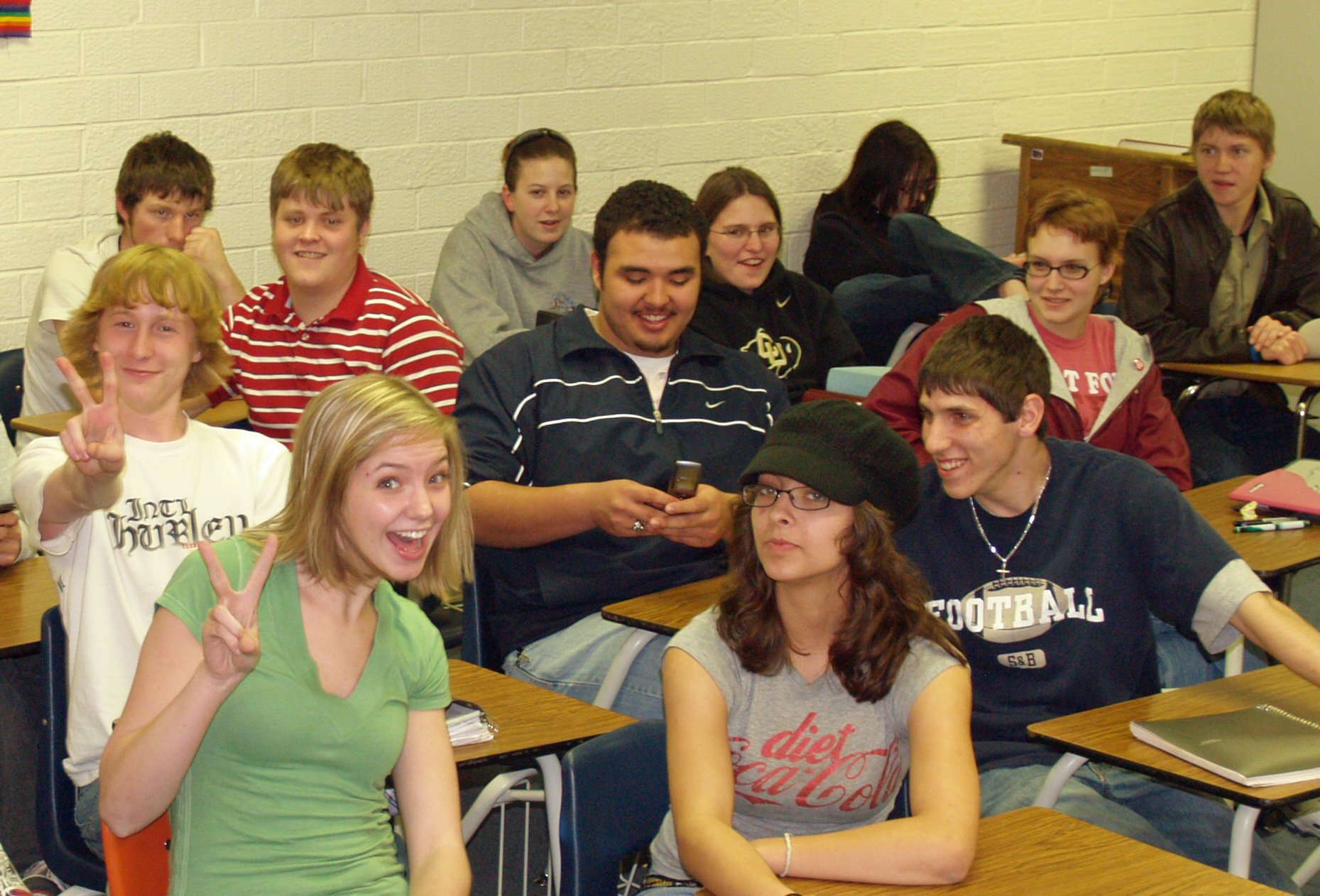 “David, Please report to the Director’s office as soon as your class finishes.  He needs to talk to you.”  A program assistant handed me a note with those sentences on it.  Gulp!

In the early 1980s, my wife and I, without much thought, accepted teaching positions on the Greek island of Lesbos.  It was a Greek island, so what could possible go wrong?

It was a prep school that high school students attended in the late afternoons/evenings after high school to study English.  Shortly after arriving, we met one of the teachers whom we were replacing.  He told us that the school had a lot of discipline problems because many of the students didn’t want to be there.  He said that the teacher-turnover was quite high as a result.  In fact, a couple of teacher had just disappeared a few months earlier.

On the first day of class, as we walked down the hallway, we could see students literally chasing each other around the class rooms and jumping on the desks.  My first class was with 16 tenth-grade students.  Although most of the students paid little attention to me but instead continued to chat as I started the lesson, there were three female students sitting in the front row appearing eager to begin.  Those three became the focus of my attention.  Gradually, most of the others started to engage in the lesson, while a couple slept or doodled or looked out the window.

After class at home, I wrote a brief personalized note to each student about their performance during that first class and included a “Classroom Grade.” (The school had no photocopy machine, so I couldn’t make a feedback check-list form.)   Fortunately, I had those three female students whom I could praise for their focus, attention, participation and good work and to whom I gave (in the grading style of that school) a 20/20 grade.  For even the least attentive students, I wrote something positive like, “I think that you have the ability to do well,” along with suggestions for improvement, for example, “I recommend that you try to answer questions/try to pay attention/try to wait until the break to talk to your friends/ try to stay awake.”  I included a Classroom Grade which varied between 5/20 (for the sleepers) to 18/20.

The next class, nobody slept.  Nobody chatted during the lesson.   And several more of the students joined the three females in becoming engaged.  Two days later, I gave them another note and Classroom Grade; everyone’s grade improved, many of them significantly.

I was soon able to reduce how often I gave these to about once a week.  Everyone knew what I was expecting in them and were performing admirably.  Sometimes when I entered the class, some students would ask me, “Will you give us our Classroom Grade papers today?”  After class, a couple of students told me, “We love these papers, especially if we get a 20/20.  If someone gets a 10/20, everyone finds out and uh-oh!!”  (I’m not sure how they find out what the other students’ grades are since I handed them out individually.  But it was interesting to see that there was some kind of peer influence taking place.)

A few weeks into our first term, I receive the “David, Please report to the Director’s office” message above and then went to his office.  I sat across from him at his desk.   As usual, he looked like he had the weight of the world on his shoulders.  He held up a piece of paper and said, “One of your students showed me this paper and said that you had given it to her.  Is that right?”

I looked at it:  “To: Maria.  You are working well in class.  You pay attention.  You try to answer questions during whole class discussions.  You do all of your homework on time.  Classroom Grade: 20/20”

I “confessed” that it was from me.  For the first time in the few weeks that I knew him, he smiled broadly and said, “This is wonderful!”   He had noticed a positive change in the students whom my wife (who also included these notes) and I were teaching.  He asked me to conduct a little in-service training for the other teachers and share this technique with them.

Caveat: This technique can be abused.

I’ve introduced this technique with many teachers who are teaching in a variety of countries and situations, and almost all of them have reported that it has been an effective and humane technique for encouraging students and redirecting ones who need it.

However, in a few cases, some teachers have abused the technique.  For example,

In the previous posting Most Important Tool for Classroom Management (First Case) CASE ONE, I explained how user-friendly this process can be for teachers by using a simple check list.  In other words, it’s not necessary to write out an individualized message to each student as I had done in Greece, where we had no photocopy machine.

Here is a sample form: Feedback to students form